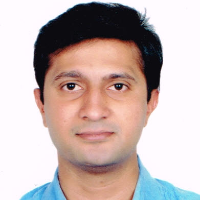 Now you can Instantly Chat with Hemanshu!

EBI Operation is the Production support team of Freescale,  Managing entire EBI Cycle of Freescale , which includes development of Change request received time and again from the client in datastage and Teradata SQL.

Ø Daily activities include working on change request received from the client (i.e changing the Bteq script to load data as per new business logic and creation of new table loading script and further documentation of the details)

Ø Automation of Process for business by standardization and scheduling.

Ø Monitored 1600+ jobs running in production environment and provided quick and fast resolution to any load failures.

Ø Very well trained and experienced in scheduling backups and recovery of the entire EDW databases across various geographical locations for the business continuity and response time.

Ø Expert in UNIX scripts for Database extraction and filtering.

Ø Enhanced and Customized load scripts to the newly developed and in design projects.

Ø Expert in UNIX and shell scripts for Database extraction and filtering.

Ø Creation of one-shots to fix discrepancies In data or processing.

Ø Involved in gathering the requirements for the forms.

Ø Involved on error handling with the help of tables like ET, UV and WT.

Ø Did performance tuning at various levels.

Product Cost Planning was an area within SAP, to plan costs for manufactured materials, services, other intangible goods and set prices for materials and other cost accounting objects. The purpose was to calculate the cost of goods manufactured (COGM) and determine the Cost of Goods Sold (COGS) for each product unit. Cost breakdown by each product and to calculate value added at each stage of completion. Assist in strategic decisions like make vs. buy, pricing, market analysis, Inventory valuation, variances and reserve calculations. The objective of this project was to migrate the lively running database (For Freescale Semiconductor Inc.) from SAP to TeraData

Ø Worked in all phases in Software Development Life Cycle from requirement gathering to production Implementation of an Entity.

Ø Understand complex business requirements and transformation for ETL and Reporting with continuous interaction with Clients and BA's.

Ø Analyze and Design the new requirements and find the optimum solution to develop the requirement in DB, Data Modeling, ETL and Reporting.

Ø Involved on error handling with the help of tables like ET, UV and WT.

Ø Did performance tuning at various levels.

Ø Interacted with application developers in creating SQL queries for the Functional module.

Ø Responsible for providing desired recruitment solutions to internal and external project within the stipulated time.

Ø Closing candidates proactively for Niche skills and generate higher revenues for the company.

Ø Submit qualified candidates to the US team.