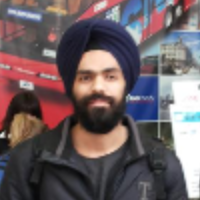 Now you can Instantly Chat with Gagandeep!

Currently leading the chatbot development for one of the international automotive supplier named DRÄXLMAIER Group, using microsoft bot framework.With the team of 2 Chatbot Developers and 1 Business analyst/Tester development is being done in phased manner. Currently third phase is about to complete. As part of third phase the entire solution is being migrated from bot framework SDKV3 to SDKV4.

Business Analytics Out Of The Box-

Business Analytics Out Of The Box-

An Insurance product of CSC has been enhanced to have analytical capabilities so that data present in the system could be visualized in the form of reports, graphs & Dashboards which will stand useful in making important business decisions. This has been achieved by Re-engineering/Migrating all the batch reports coming from AS-400 to SAP BI technology as a result all the transactional and analytical Reports will come out of SAP BOBI solution.
HKMC -> Hong Kong Mortgage Corporation(HKMC) is a public limited company incorporated under the companies ordinance and wholly owned by the Government.
HKMC has licensed the SAP based BAOOTB solution from DXC to provide analytical & transactional reports.

Release Coordinator/Team Lead of Release(s) going into production, SME for one of the complex modules of Vantage application known as valuation, developed multiple enhancements. Been to Tokyo for 2 months to provide production support, handle user queries and business meetings. Was actively involved in migration of application from Windows 98 platform to Windows 2003.