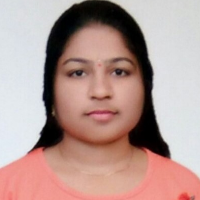 Now you can Instantly Chat with Bharathi!

I used to be managing tasks in both AWS and DevOps.

Having complete hands on experience in launching EC2s and configuring autoscaling with web servers to provide high availability to data.

Extensively worked with IAM user and group accounts with limited privileges to individual users as well as groups in the process of maintaining less expenditure and high security.

Having hands on experience in S3 bucket like ACLs, enabled versioning at bucket level to recover objects and object-lock to protect objects from accidental deletion.

Extensively used transfer acceleration in the process of migration of data to S3 bucket.

Worked with Route53 like purchasing domain names from AWS as well as from other websites.

Integrated SNS at auto scaling level and Route53’s level to get notifications.

Worked with Chef Cookbooks and Chef Recipes to automate infrastructure as a code (IAC).

Good experience in all kinds of docker instructions in docker file.

Well experienced in creating containers from docker images as well as from our own images.

Setting up of docker registry server.

Created VPC from the scratch, defined IP ranges in VPC to have better control over VPC.

Migrated all the object storage to S3 Buckets and Created IAM role with S3 full access and attached to EC2s to access data without credentials.

Mounted EFS (Elastic File System) with EC2s to have one common storage.

Configured all in Auto Scaling Groups and Launch Configurations.

Launched DB servers in Private SNs and provided internet through NAT server in a secured manner.

Opened MYSQL port in database servers to all the public subnets.

Launched Bastion/Jump server in Public SNs to have ssh connection into the DB servers which are present in private subnets.

Enabled NACLs (Network Access Control Lists) at both public and private subnet levels to restrict and to allow Ports in providing high security.

Configured build tools like Maven/Ant and Integrated with Jenkins.Installed many plug-ins like GitHub, Ant, check style, JUnit, Deploy to container, and build-pipeline.