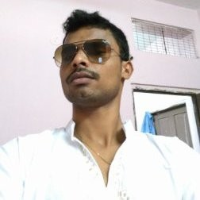 Now you can Instantly Chat with Mohan!

To achieve a challenging position in software development in a result-oriented where acquried skills and education will be utilized to wards continued grouth and advancement. Professional Summary:

This Project Designed and developed by  team. Main scope of the project is to sell the composed sound tracks with licensing. It has multi level user system, like Music Director I.E. producer, Music lover,Administrator. A producer can upload his tracks in wav format and uploaded wav has converted to mp3 by FOG, lame encoder and used AWSSDK gem to store the mp3 track in AWS-S3 bucket. And the Producer will be uploading the Track out which music supporting files like, Jazs, drums and other instrumentals, these supporting files will be uploading  in zip format, these ZIP files and WAV files are uploaded to AWS-Glaceir. This process sending the zip and wav files to AWS-Glaceir is changing job while coding. A producer can decide the selling licenses which is in three

3) Exclusive A music lover can listen and if he want to purchase the license of a track as per his requirement, if  he want to use a track for recomposition or remix the song can be purchased. We have used Devise,Paperclip,Pagination,AWS-SDK,Imagic magic,fog, ominiauth, twiter bootstrap, Ruby zip,wicked_pdf, payapl and active admin.

The Solution is a package of Mobile App and Web portal. The web portal enables the doctors and medical staff to help manage Bariatric patients through the lifecycle of a patient bariatric surgery". Mobile app - Provide your Bariatric patients with a Information system that helps them succeed with their surgery and weight loss . It helps keeps them motivated and provides easy mechanisms to track & add their progress with test data

MaGIC(Magma HDI General Insurance Company) is a web based solution for new process for empanelling workshops and vendors such as external surveyors, investigators, lawyers and doctors. It will capture details, workflow of verification from different levels and empanel or deempanel  the venders.