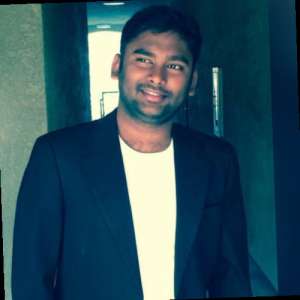 Now you can Instantly Chat with Ganesh!

Installing, configuring and maintaining open source tools such as GIT, Gerrit and Jenkins.

Creation of new projects in GIT/Gerrit environment with specified configurations.

Verifying the changes pushed by developers in Gerrit and merge them to GIT data base.

Created an office nagios to monitor QA, Staging, and Development servers, as well as other office peripherals.

Used Maven and Gradle scripts for building and deploying the application in Jenkins.

Automated Jenkins to trigger CI build when there is a new change is gerrit.

Used Maven and Gradle scripts for building and deploying the application in Jenkins.

For code scanning, I will be running the coverity on weekly basis so it provides the capability to not only show health of an application but also to highlight issues newly introduced. With a Quality Gate in place, you can fix the leak and therefore improve code quality systematically.

Used Gradle as a build tool automating the building, testing, publishing and deployment loading all the dependencies from the nexus artifact repository.

Researched and implemented code coverage and unit test plug-ins like findbugs, checkstyle and PMD with Jenkins/RTC.

Used Jenkins/RTC and GIT dependency management system to deploy snapshot by using the shell scripting commands and release artifacts to Nexus to share artifacts across projects and environments.

Container management using Docker, UNIX and Azure by writing Docker files and set up the automated build on Docker HUB and installed and configured Kubernetes.

Used Kubernetes to deploy and manage containers (pods) on minions.

Configured and maintained RTC to implement the CI process and integrated the tool with Jenkins and Maven, Azure, RTC to schedule the builds. Took the sole responsibility to maintain the CI RTC server.

Own full lifecycle of build system - from analysis, development, implementation and support of builds, unit testing and deployments.

Interact with developers and Enterprise Configuration Management Team for changes to best practices and tools to eliminate non-efficient practices and bottlenecks.

Coordinate with Release Management regarding appropriate system releases among other development platforms.

·         Written ansible playbooks to automate our build and deployment process.

·         Analyze and resolve conflicts related to merging of source code for SVN.

·         Worked with development team to migrate Ant scripts to Maven.

·         Participated and contributed in analysis and design of upgrade process.

·         Developed code for system changes according to client specifications, policies and standards.

·         Managed Nexus Maven repositories to download the artifacts during the build.

·         Branching and merging code lines in the GIT and resolved all the conflicts raised during the merges.

·         Used Maven Nexus Repository to upload the build artifacts after a successful build.

·         Installed and administered tools like Jenkins, Jira, Confluence and Fisheye.

·         Trained teams on using Confluence for the document and collaboration activities.

·         Used Behat for User Acceptance Testing for the Website

·         Deployed the build artifacts into environments like QA, UAT & Production according to the build life cycle. Worked on Develops automated tools that produce repeatable, auditable software builds and deployments across all environments and a variety of platforms

·         Written WLST scripts and integrated with Anthill Pro to automate the deployment activities to various environments.

·         Coordinate with the Development, Database Administration, QA, and IT Operations teams to ensure there are no resource conflicts.

·         Worked closely with Project Managers to understand a code/configuration release scope and how to confirm a release was successful.

·         Managing the code migration from TFS, Puppet  and CVS and Star team to Subversion repository.

·         Created repositories according the structure required with branches, tags and trunks.

·         Configured plugins for the integration tools to the version control tools.

·         Worked with the developers to configure plugins trough Eclipse to develop the code.

·         Extensively used ANT tool to do the builds, integrated ANT to Eclipse and did local builds.

·         Integrated Maven with Jenkins for the builds as the Continuous Integration process.

·         Documented all post-deployment issues in a log and assist in resolving these issues where applicable, maintaining timely updates within the log. Manual and Automation process of creating branches tags and code merging.