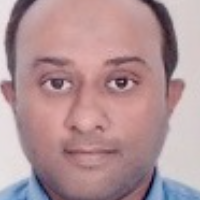 Now you can Instantly Chat with Atheeq!

Ø  Worked as a Software Engineer for CAL-INFO the Business Solutions Company Bangalore since January 2008 to December 2011.

Description      : Project for the Anti-Money Laundering and Counter Financing of Terrorism (“AML/CFT”) Screening Solution. This Process has 5 Sub Processes which will run daily in gap of 2 hours. Batch files are run based on the time for performing various processes like Batch Upload Existing, Archive, Delete and Batch New Files. Each Process perform various flow sequentially. Each Batch file is run and validates each file whether it is run successfully, or it has error. Process will save the file if any error is present and send email to Business Unit team.

Challenge to create this process is since Thomson Reuters web page is on IFRAME most of the commands of AA Tool are not working to capture the objects, so we had to implement other commands like IR, Custom objects in Metabots, Keystrokes as work around.

Description     : The Intercompany Workflow Tool is used as a base for raising Intercompany recharges. It connects InfoPath and SharePoint solution. The approved entries basically invoice i.e., invoice/credit type of memo in SharePoint with the attachment is downloaded and the Information in the attachment is validated with InfoPath and loaded to oracle to processes both AR [Account Receivable] and AP [account Payable] transactions. The amount is distributed in the line items based on the Oracle responsibility matrix which will be different for each country.

Description     : The process involves distribution of invoices to Teva’s suppliers by mails. Each Batch number is read from batch file which is excel file and submit the batch number in the oracle application and get Request ID for each batch number and send the Email to Global operation team whether the Request ID was successful or not along with screen shot. Batchs submitted takes more time based on completion of each batch number completed bot used to perform next batch number present in the batch file.

Description     : This process is performed to grant user access to GSS Changepoint [Internal Web based Site]. User’s Task list is downloaded from service now catalog and each user details are taken from service now catalog and processed in GSS changepoint. User’s details will be validated whether it’s correct or wrong with predefined set of statements and then given access to GSS Changepoint. If user is a manager will be notified by an email to operation team and grant the access. Once access is granted, a predefined notification mail will be sent out to user, requestor and operation team in predefined email template. Once process gets completed a process log file is sent to requestor and operation team with all process details.