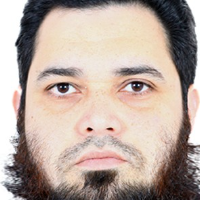 Now you can Instantly Chat with Haroon!

Azuga, One of the SaaS startups based in the US, which our team helped setup from scratch back in 2013, is now one of the leaders in the North American Market!

It was just the CEO and two Senior Consultants (CTO & Dir. of DevOps) from Scalosphere in 2013

Here's what we did to build the startup from scratch.

???? CEO of the startup approached us for building a highly scalable SaaS product and to build the team from ground zero.

????We consolidated the *product requirements* along with the CEO and started working on *Cloud-ready, Multi Tenant, Horizontally Auto Scalable (Scale-out), Architecture*.

???? Helped setup *a dedicated R&D office for the startup in Bangalore, India*

???? Recruited *4 Sr. Full stack Developers to speed up the development of MVP and the product was launched in next 3 months*. Mentored & guided these developers focusing on *Robust Design, UX, RPS, TDD, CI/CD & DevOps* process.

???? CEO hired a *marketing and UI/UX design* person in the US, We collaborated with them to be on the same page.

???? *Supported and grew the team further for an year and handed-over the responsibilities to the team in a phased manner*.

???? Supported the team for next one year *on a need basis to make sure that all RPS requirements are met*

*Here are some of the highlights of the above setup*

????Completely auto scalable based on load and other configurable parameters.

???? *~4 million+⬆️ messages from field devices are processed every hour*

???? All historical data is maintained in a *data lake for Analytics & Modeling*