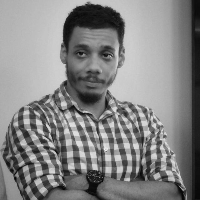 Now you can Instantly Chat with Marcos!

I am a professional developer and I love to code. I get excited with the idea of developing solutions capable of making people’s life easier and productive. I always want to participate in projects which help to change people’s lives.

...productive. I always want to participate in projects which help to change people’s lives.

I’ve been working as a Full Stack developer for about 7 years. Since I’m in touch with Ruby and Rails (2012) I have worked a lot with backend (most of the time) but also a lot with frontend, most of the time using JQuery, neat JS and sometimes CSS too.

Nowadays I’m an experienced Ruby on Rails developer with some experience in DevOps with AWS (RDS, OpsWorks and Elasticsearch) and Heroku (Bonsai and New Relic) working remotely - 2016/2017 - to a Polish company (in an USA based company project) with Ruby on Rails and some DevOps and also trying to finish some ideas of mine and my partners with my startup in my free time.

I also have experience with agile methodologies and adapted agile since 2011. I believe that everyone always get the agile basis and make an adaptation of it to their own reality and necessity. I usually use Kanban and Scrum as basis.

- development of the front and back end of the web project (chefsclub.com.br) in Ruby on Rails and of the Android and iOS apps REST APIs.
- working also with neat JavaScript and jQuery on front end.
- some DevOps work on Heroku (our apps are all on Heroku) too (including addons of Elasticsearch, Redis, New Relic, LogEntries) and on AWS (RDS, OpsWorks and Elasticsearch Service), Sidekiq and some monitoring tools like New Relic (mentioned before), Airbrake, Rollbar...

I was working as a Full Stack RoR dev, doing DevOps stuff on Heroku and AWS but mainly coding on back and front end of the app and the API. We had Rails 3.2 apps and Rails 4 apps. Usually testing everything with Rspec suit.

- development of the front and back end of the client (Real Page https://www.realpage.com/​) in Ruby on Rails (REST API including).
- working also with JavaScript, jQuery and some Angular (not much) on front end.
- some DevOps work on Heroku too (including addons of Elasticsearch - bonsai - and New Relic) and on AWS (RDS, OpsWorks and Elasticsearch Service).

I was working as a Full Stack RoR dev, doing some DevOps stuff on Heroku and AWS but mainly coding on back and front end of the app. We had a Rails 3.2 app and also migrated to 4.1. We was using - sadly, because the app was very old and it was a mess when we got the project to work on - more than one JS framework (AngularJS, Backbone, jQuery an, of course, neat JS); integrations via SOAP and REST, everything tested using Rspec suit.

I was also responsible to migrate our Elasticsearch instance from Heroku (Bonsai) to AWS, i.e., create our instance on AWS and refactor our setup, cause our version was very old.

Also, I did some things on RDS like create/manage database instances and snapshots because sometimes we needed instances to our staging/testing environments.

And the EC2 itself, managing some things and monitoring the app. One time or other changing some deploy stuff on OpsWorks (we used Chef), but not so many times as I worked on that other things.

And basically every day using the server by SSH, 'cause our database had a very old structure and data and when I started on that project, a lot of data problems existed. So, every day something was needed to be done on server, manually, and other stuff....