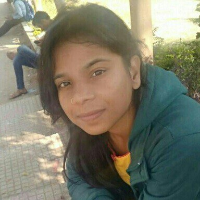 Now you can Instantly Chat with Ankita !

Site act as  a mediator  between  donor and hospital .Also  provide  information about  the  donor  to  the  registered  hospital.

Site act as  a mediator  between  shop owner of pets  and pet buyer and also pet buyer and doctor and trainer .Also  provide  information about  the  welfare of pets  to  the  registered customer.

This is an IOT based device used to provide advancement to the conventional class room.

Trudi game . It is advanced version of Ludo game and with twist and turns .it was completely in 3d

Trudi game . It is advanced version of Ludo game and with twist and turns .it was completely in 3d

It was an advanced version of traditional Trudo game .it was completely in 3 -d including board , players , dice, background everything.

It is a triangular Trudo game with some different kinds of functionalities and rules.

It is a web based game which first intridoce the rule of the game then once the player click on play button and select the player colour he or she can play the game.

There is music in the game

Best part is that one can play the game in either view i.e. front view, back view, top view, side view

Game can last until two players have won the game or only one player is left or a looser .

It also announced the winner of the match .

Player is safe at its colour position and unsafe either.

It is an LMS Based Product. Mainly for organization and universities to trained their employess and students. It is having number of features :

1.Authorized Login 2, Create workspace ( one can be part of multiple workspace) 3.can see the Analytics of learner's performance and course analytics 4. Asset section , Where you can keep all the assets (e.g. Article , video course , Quizes , recordings, PDF, PPtT , CSV ) - you can create and upload also 5. courses section where you can create course using assets , assign to learners or group of learners 6. Content Library 7.Workspace 8. Zoom 9. RBAC Settings 10.Certificate creation 11. Profile setting 12.Gamification and many more.