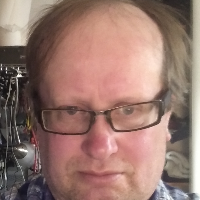 Now you can Instantly Chat with Ronald!

i have authored many tools to evaluate various hardware targets;

at T-mobile, in the validation lab, this involved android phones to evaluate primarily the capability of the WIFI modem, the Li-Ion battery

in various performance...uate primarily the capability of the WIFI modem, the Li-Ion battery

in various performance c# apps.  One such application over 2 years while at T-mobile was a programmable RF attenuation c# windows form app and microcontroller used to provide TTL output to stepped voltage divider.  Then this application was used by WIFI engineers to setup different scenarios of walking away, and walking towards wifi access points.  Logging data that was captured was used in establishing the specifications and future designs of new t-mobile wifi based products.  I did have an interview with now Keysight (then Agilent) to determine future requirement of purchased electronic test equipment used to test WIFI devices. I can share this power point app with those that require it.

more recently, i worked for Micron semiconductors in the lab in Boise Idaho, where i authored python scripts used to test 2 SSD products in the environmental chamber.  This was a 'four corner' test system where 2 corners were the top bottom temperature measured from device under test and the other two corners were the adjusted power rail tolerances of the SSD (about 12 rails) using TCL scripting.  there, i used in python the 'multiprocessing' class that allows you to run separate processes completely independent of one another using however many pc cores your test pc has.  In this case these were new windows 10 pcs.

Design and build a system to provide UMA(WIFI) test engineers a way to programmatically emulate the action of approaching / moving away from WIFI access points.
For maximum flexibility, the system should contain multiple parameters that are configurable by the user.
Evaluate the performance of various handsets and WIFI Access Points for validation of end product.

please review project as it is on link provided 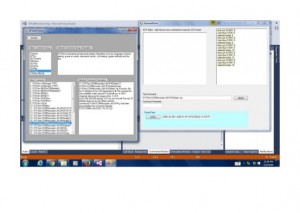 Used to assist developers in easing development and test requirements for test equipment control.  I used a library called 'PDFBOX'  to parse out the command syntax of the programmer's reference guide of test equipment.  Master/slave listboxes provide access to all SCPI commands, i provide user the ability to test commands before adding them to the test script. 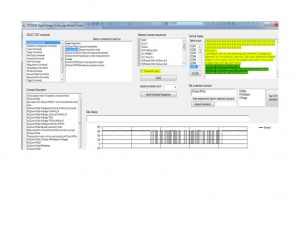 This contains live connection to micro-controller where decode of an RS232 stream is decoded in binary or in ascii.

While working at a lab at Micron Semiconductors i created tools to evaluate the quality of new SSD devices.  4 corners test is used to step the SSD drive through traffic in extreme temperature conditions in a chamber.

two other corners are the tolerances of the power rails of the SSD.