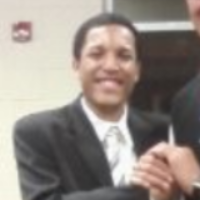 Now you can Instantly Chat with Nicholas!

Project: “Puppet project”; Purpose was to build DevOps automation applications using DevOps tools like puppet to assist with the application install process for robots at stores like Walmart and other Bell & Howell customers.

Project: “Restore Equipment”; I assisted in fixing the production NUC’s (mini PC’s) and Routers, by configuring their OS image state and restoring their OS images back to operational status, for testing, or for production. Configured the hardware cables of the Robot PC and Router and used a java program(RxRouter) to restore OS and application image on test lab Robot PCs. Restored OS images on test lab Robot routers.

Project: “Clonezilla”; Built linux shell scripts and clonezilla boot parameters programmed in Grub/Syslinux boot parameters and menu options in Grub/Syslinux for launching Clonezilla’s linux OS and to automate Clonezilla’s process for restoring robot equipment like Router/PC/NUC. Made DevOps tutorial for configuring/cloning/restoring a bootstick with all the Clonezilla files and equipment restore images. Programmed Clonezilla with automated commands to run automated restores based on user needs. Wrote user tutorials for all the Clonezilla automated options and generic clone/restore options.

Project: “CORA Self Service” built self service web application portal for robot technicians to request VPN certificates in order to work on robots on Customer site locations. The VPN certificate was needed in order for the robot to be able to download it’s application and be able to communicate with the backend server application on Azure. I collaborated with the team with creating the UI for the Frontend and REST API for the Backend, and I also helped with unit testing for both the frontend and backend. Implemented a CI server and deployed the frontend to the Dev server and Production server. I worked with Microservices from an existing web API that generated our VPN certificates and an API Gateway in our CORA API. CORA stands for Certificate Organization and Reporting Application.

Project: “Docker Prototype” built Docker Prototype to simulate combining multiple customer linux Azure servers into one linux Azure server shared by many customers, to save the company money. I collaborated with team to simulate networking environment that the shared linux server would use in my local Virtual Machine using linux networking configurations and Docker container deployments in test environment. Programmed Docker Dockerfiles to build container images. Programmed docker networking configurations and automated docker container deployments, in Docker-compose files. Built a Puppet cluster with Puppet Master in a separate Virtual Machine and I figured out how to install Puppet agent inside the Docker containers that were in a separate Virtual Machine, that would install the vendor application. Each container was then able to map to different local Virtual Machine Network Interface Cards (NIC’s), which simulated the separate vendor domain addresses that would map to different NIC’s on the Azure server, which would allow each vendor to be able to retain their domain address to their application in it’s unique docker container on the shared Azure server.