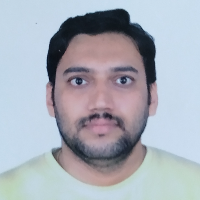 Now you can Instantly Chat with Vishwanatha!

I would like to become Product Manager or Projec...f complete Agile process for the whole team

I would like to become Product Manager or Project Manager.

Title:  Platform As A Service

Exposure: Basics of Kubernetes and Docker testing, installing Docker engine, running a container, give specification in a config file for containers etc. Estimation, scheduling/assigning the work.

Title: NSP & Cisco UCS (worked in different projects from different accounts one after the other, Cisco UCS—

Details:                 The project included transition of RDB Latency Stats from NetApp US to NetApp India by communicating with developers/development managers. Review of functional specification, development of test design specifications & test cases related to the RDB Latency stats, Interop test cases, stress/scalability/performance test cases and automated the test cases. Worked on the bug/defect life cycle w.r.t. 2 releases of ONTAP. This project was undertaken for collection of statistics of RDB transactions throughout the cluster of filers running clustered ONTAP that would be helpful when the deployed cluster at the customer premises behaves in an un-expected way and global support people could make use of this project to triage the customer problems in terms of filer going out of quorum and maintenance of a particular/group of nodes, etc.

Details:                 The project included assigning the bugs to juniors for verification and resolves any issues between developer and QA on particular bugs. Under this cluster configuration is backed-up on the filer or on a remote URL is created.  To restore that cluster and network configuration data while recovering from a disaster of a particular node or a cluster. This project was also termed as disaster recovery of configuration data.

Description:       The project included transition of 8 regression projects from NetApp US to NetApp India by communicating with developers/dev. managers/QA engineers. Ensured that the 8 projects automation scripts ran with no issues on several ONTAP codlines. Supervised juniors on how to approach, arranging any session needed on the tools such as JAMS, discussion needed to understand the automation code with original authors, guided on any issues to be opened as bugs and reported the status to manager on regression projects from NetApp USA.

Details:                 Automation plan of filerview was a high pinching need for management due to several customer escalations. Filerview® was a web application to manage NetApp storage systems and RFT was a tool that provided necessary APIs to do GUI testing for FilerView®.

Description:       InfiniBand drivers regression and performance & functionality testing of TUIs for installation of various tools such as fast fabric.

Sole ownership for the entire SNMP module maintenance from Wipro side