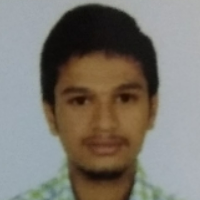 Now you can Instantly Chat with Mahendra raja!

Ø  Mentor QA Team members on Healthcare domain and Workflows involved on testing the new functionalities based on test cases and coordinated with development team in fixing the issues.

Ø  Selenium IDE Framework is A suite of automation testing tools That is Based on The JavaScript Framework.

Ø  JMeter can be used to test the performance of both static resources such as JavaScript and HTML, as well as dynamic resources, such as JSP, Servlets, and AJAX. JMeter provides a variety of graphical analyses of performance reports.

Ø  Apache Camel is an open-source integration framework that allows you to integrate various systems consuming or producing data. When paired with the CData JDBC Driver for Trello, you can write Java apps that use Camel routes that integrate with live Trello data. This article walks through creating an app in NetBeans that connects, queries, and routes Trello data to a JSON file.