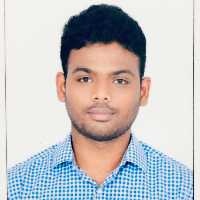 Now you can Instantly Chat with Sivananda reddy!

Migration Project from on Prem to Public cloud,Decouple the monolithic application to Microservices

Migration Project from on Prem to Public cloud,Decouple the monolithic application to Microservices

· Worked closely with the development and operations organizations to implement the necessary tools and process to support the automation of builds, deployments, testing and infrastructure (Infrastructure as code) using Chef.

· Involved writing PowerShell and batch scripts for some of the Cookbook related to windows applications.

· Involved in the developing/creating Docker Image for Windows/Nano IIS server and push those images to our internal Dockyard registry.

· Worked with Jenkins to Setup the corn jobs and SonarQube analysis, Fortify and set up the slave/Node architecture for distributed builds.

· Extensively worked on Jenkins by configuring slave nodes and different plug-ins for end to end automation of all build and deployments on Linux / Windows environment.