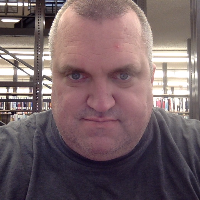 Android Developer Both Java and Kotlin iOS with Objective C

Android Developer Both Java and Kotlin iOS with Objective C

Now you can Instantly Chat with Iverson!

· Redesigned under the guid of the UI/UX team several screens in Android.

· Converted the several screens mentioned from MVC to MVVM architecture.

· Resolved issues with keyboard animation in the Android app

· Investigated the possibility of transitioning code to Kotlin.

· Investigated the use an implementation of MVVM into current Android code base.

· Investigated the use of implementing Dagger 2 for dependency injection in Android. And replacing Dagger 1.0

· Investigated certain parts of the code, checking for dependency injection.

· Helped train 2 QA personnel in the Java language on their transition from QA to junior developers.

· Wrote unit test for my work completed JUnit and Mockito.

· Worked as part of a team of of 2 mobile developers, and several IBM contractors who were implementing the new micro services backend.

· Health care providers can dictate their patients diagnosis. The app then sends the audio file, compressed by the MULaw algorithim to a server in CA. The audio file is distributed amongst medical transcriptionists around the country, where the audio file is printed word for word on paper and submitted to health care facility.

· Maintain HIPAA security and controls through out the app

· Use of Explicit Intents for Android App

· Used Parcelable to serialize Java objects from Activity to Activity.

· Attended the meetings with the clients to know more about business and requirements.

· Enhanced the user experience (UX) by validating first the network state before calling a web service.

· Designed custom views and use icons extensively for the layouts improving the User Interface.

· Cultivated an environment of excellence, through code design, code reviews.

· Participated in IOS related projects. The most notable project was an Electronic Patient Care Reporting. This App is currently in an Ad-Hoc deployment with the Anaheim Fire Dept., Laguna Beach Fire Dept. and Laguna Beach Dept. of Marine Safety.

· Investigated new technologies for cross-platform compatibility for next generation of already deployed apps.

· Participated in the development of the next generation of web server for related products. The technology used was ASP.NET.MVC and ASP.NET Web API for a RESTful service.

· Converted the local DB from raw SQLite3 to Core Data.

The Experain Android apps are designed to facility the ease of use for a consumer to request their credit reports in real time over the their devices. Also, the Experian apps also keeps track of consumers’’ personal information and will notify them if any nefarious activity is occurring with the their personal information.

· Added retrofit interceptors to the Experian EIW app to help facilitate the addition of real-time data analytics for server side analytics team to collect and to analyze.

· Added a User Benefits Screen for the Experian ECW app. This was done using the Model View-View Model (MVVM) architecture, and written in Kotlin with data binding used.

· Redone and re-implemented the Consumer Credit Report Screen. This screen had a complete UI/UX make over, and was converted from Java to Kotlin. Also, the architecture was converted from Model-View-Controller (MVC) to MVVM. This included the removing of all the Butterknife bindings, and replacing them with equivalent data bindings representations.

· Redone and re-implemented the Self Reported Credit Report Screen. This screen had a complete UI/UX make over, and was converted from Java to Kotlin. Also, the architecture was converted from MVC to MVVM. This included the removing of the Butterknife bindings, and replacing them with equivalent data bindings representations.

· Created and added a Room database for real-time temporary cache of the new Apollo data.

· Implemented Order Analytics to several parts of the app.

· Implemented Firebase Analytics to several parts of the app.

· Implemented MixPanel Analytics to several parts of the app.

· Implanted DARC track-Link analytics to several parts of the app. This is new layer for the GraphQl API that Experian is implementing in all their services.