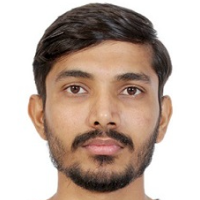 Now you can Instantly Chat with Darshan!

Noggin Corporate training and event management
This is a simple mobile app that places everything your field team needs at their fingertips. It’s cloud￾based platform gives you the control, convenience and visibility to enable and launch your commercial
teams, field employees, and all events from a single app. Enable your team at your product launch event,
and then beyond the event to ensure retention and performance. Support collaboration and
communication within the team, and networking outside your team at your customer events by providing
the tools they need on a single, secure, controlled platform.

I was working at a client's office in the Netherlands.

I was responsible for: 1) Development and testing of an application 2) Generation of all reports (unit test, sonar, lint), along with release notes and builds 3) Maintaining documentation with diagrams 4) Execution of Unit Tests on the device 5) Offshore coordination