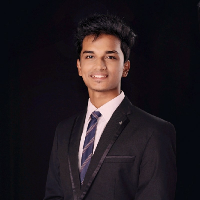 Now you can Instantly Chat with Priyam!

Working as a lead frontend developer on both mobile and web using React Native as application framework for mobile and React.js on web. Problem statement included was to build a multi tenant corporate mobile application for both iOS/Android using React Native and a corporate web portal for the same using React.js. I was the first and primary member in the team responsible for successfully carrying out end to end operations in architecting, development, testing, release management and actively maintaining the mobile and web application codebase. The mobile application was a fairly large project with more than 100+ screens that had nearly 40+ third party library integration including native device components like biometric authentication, speech to text, text to speech, camera and more. Took higher complexity initiatives in designing various dynamic abilities of the app that could change the entire application theme over the air. Followed and implemented multiple environments of testing (dev, stg, pre-prod, prod) by setting schemas on iOS and product flavors on android. Also focused on security aspect with suitable secure data encryption, SSL Pinning, obfuscation and anti tampering techniques.

Amongst my other most notable works also includes building and delivering a full fledged chatbot application that learns from real life production data on both mobile (Android and iOS using React Native) and on Web, using Rasa as framework that enabled the MicrolandOne platform a robust AI powered, industrial grade chatbot. The chatbot was developed in such a way to provide interaction with mobile application and web application, thus going a step ahead in terms of market standards toady where the chatbots interactions are only limited to the chat space. I worked on end to end design and development, right from working on the chatbot (the brains) to development on mobile and website to interact with this chatbot (UI), all the way to the end deployment using docker. I also worked on Rasa X, which provided a consistent and adaptive means to learn from real life data by logging all user details to database (DynamoDB) and thereby providing a readymade interface for the bot to learn.

For my overall contribution towards this project I was awarded three primary awards, employee of the quarter named "Best in Class", "Customer's Choice" and "Tech Geek". I was also given maximum stars for my performance and received a promotion in a year to the next level of Assoc. Lead - App Dev. I was also awarded "Applause" recently for my dedicated service and timely execution of deliverables.